Traditionally the German Model United Nations is the last step of preperation before going to New York City. This year our delegate Ruth is reporting, who has a challenging time serving in the very importan security council.

We met at 6 am at the train station to go to Weimar, where the 2020 GerMUN conference took place. We were all very tired and happy to spent some time on the bus sleeping, but we were also excited and looking forward to our time in Weimar.

When we finally arrived in Weimar, we just had time to get our rooms ready, get dressed and leave for the opening ceremony. The ceremony as well as the General Assembly sessions took place in an old riding hall. We were all excited for the conference, but also very tired after the long day of traveling. 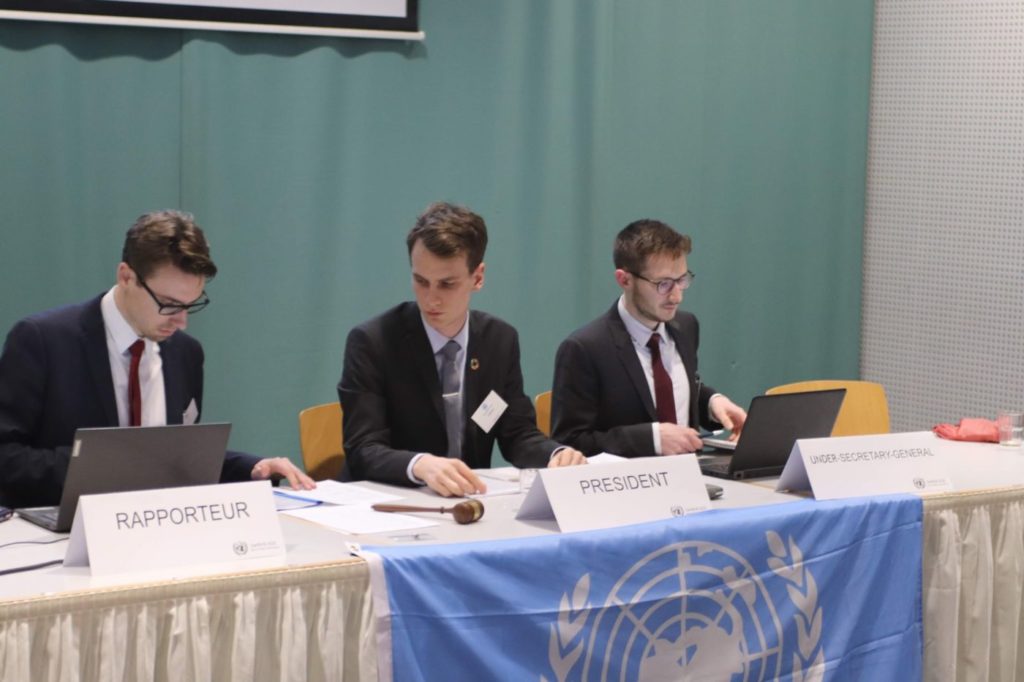 Our delegate Luis had the honour to become president of the German Model United Nations 2020 conference.

I was going to serve in the Security Council, which is the most exciting but also most challenging committee at any Model UN so when we finally started the sessions, I was very nervous. The work in the Security Council was very challenging, as there not even all Member States were present so we had to give speech after speech. However, it was still a lot of fun and a great exercise to improve our speaking skills.

The work on the resolutions was somehow difficult as we were discussing the difficult topic of how to get the youth involved in the prevention of terror attacks. The Security Council also has the difficult task to consider all the veto powers, that could destroy the work of multiple days with only one vote. As I was representing the UK, which is a veto power, I was approached by the other delegates a lot. It was pretty cool to be in this position and to potentially  be able to prevent anything the others were suggesting. 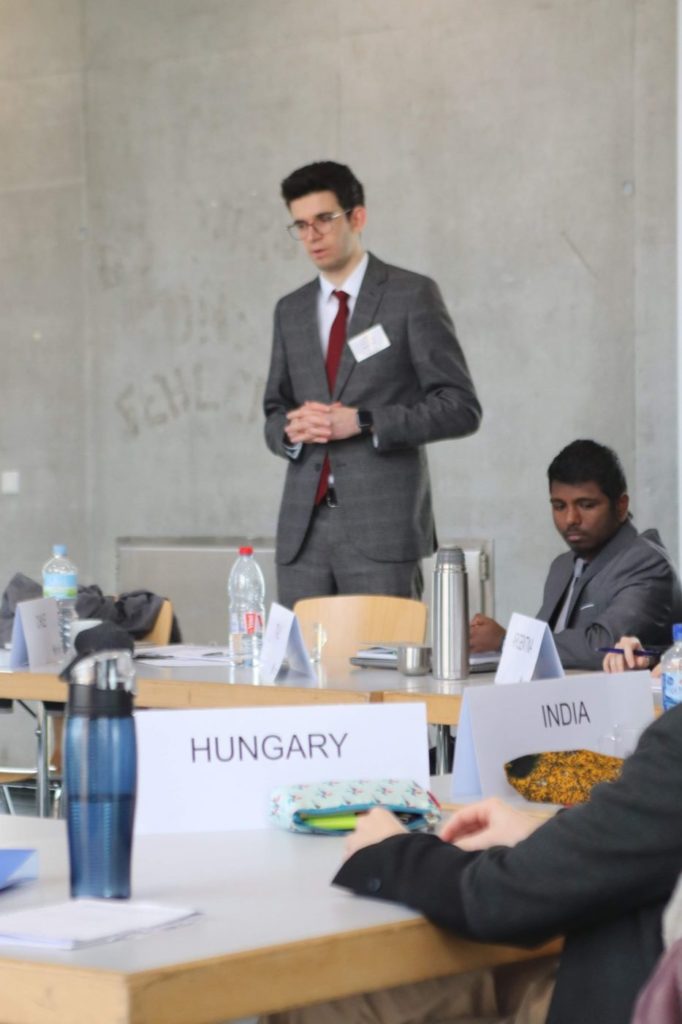 It’s always overcoming your own fears, when giving an inspiring speach on an Model UN conference.

The other committees also worked really hard, as we wanted to finish the voting process before the delegates dance, which took place on our last evening. The Security Council even managed to discuss the other topics on the agenda and pass a presidential statement on the situation in Myanmar. It was during our time in Weimar that Turkish soldiers were killed in Syria. This was brought to our attention and we tried to bring this into the Security Council as a crisis. It would have been amazing to be able to discuss a real life scenario like that. I brought in the idea to the Secretary General and we were allowed to consider it. However, due to a veto vote, we were not able to discuss the topic and kept working on our original agenda. Later on I found out that an hour after I brought in the motion to change the agenda, the real UK asked for a meeting of the actual Security Council.

Outside of the sessions we had a great time. We got to get to know the other delegations and we also got to know our own delegation even better.

Sadly, not everyone had such a great time. During our free time in the evening some delegates were subjected to racist behavior of some other delegates. However horrible this was, our delegation stood together against this and we are very glad that all the responsible people in the more important positions, took the necessary steps to make sure that racism and other discrimination has no place at such an intercultural event as a Model UN conference.

However at the end of these exhausting, yet exciting days, I think we had all learned a lot and had made some really great memories. Even though this turned out to be the end of this Model UN project, we can all be proud of ourselves and of what we have accomplished. Everyone was able to grow as a person and to learn new skills. We are looking forward to when we can all meet again in person and get to have a great end to the Model UN project of 2020.