From 13th to 15th of December 2019 the delegation for 2020 took part at their first training conference in Blankenheim. Days full of negotiations, debates and connecting were lying in front of our students. One of our delegates, Anna, is writing on this great experience in a retroperspective.

It was on the third Christmas weekend, that the students from the Westphalian University and from Trier University came together to have their first training conference at the youth hostel Burg Blankenheim in Blankenheim.

While we were given a short introduction about the upcoming days and rules of the hostel, everybody was more than ready to start.

The first session started on Friday after everyone had arrived and ate dinner. Each student represented a country and was very much in character for the sessions. We had delegations from all over the world, including Denmark, China, France, Armenia etc. In order to give the best possible performance, we prepared ourselves with given background guides about the topics we were going to discuss about. The two topics were “Peacebuilding and Post Conflict Recovery and Development” and “Building a Resilient World Through Disaster Risk Reduction”.

First, our job was to set the agenda in which order we would like to talk about the topics. It took us all night and a lot of informal sessions, where we can talk to other delegations about the agenda setting, until 10pm and even a little bit in the morning the next day to set the agenda. We had fruitful discussions about it.

After breakfast on Saturday, the following step was to continue right where we had stopped the night before. We had a very long day ahead of us. The agenda was finally set before noon, so we were then able to stand our opinion in front of every delegation when we were on the speaker’s list and upfront. The first topic to talk about was “Peacebuilding and Post Conflict Recovery and Development”. The discussions during informal sessions could get very heated and at lunchtime the conference room was filled with students who were hungry for more debates. However, the discussions could be exhausting so that concentration would eventually come back after a good meal and a small break. 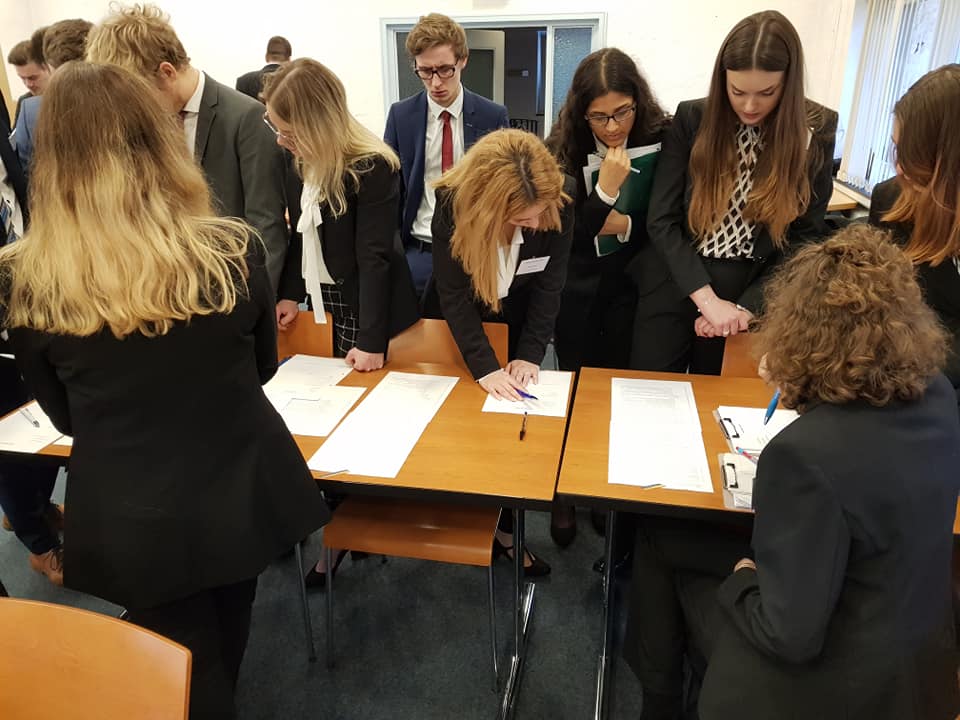 Subsequently, we were back in formal sessions, hearing good speeches about for example protecting the youth, empowering women, helping countries in need and financing all of it. In the afternoon, some delegations were going into groups to work on a working paper that later on might be adopted as a draft resolution in the committee.

We were also provided with a couple of snacks, baked goods and coffee during informal sessions, which was very much appreciated.

In the following hours, the only thing you were able to see were students working together, discussing and compromising on their working papers. Until 11pm, we kept developing and acquired what’s most important for our country and fits the needs of other countries as well. 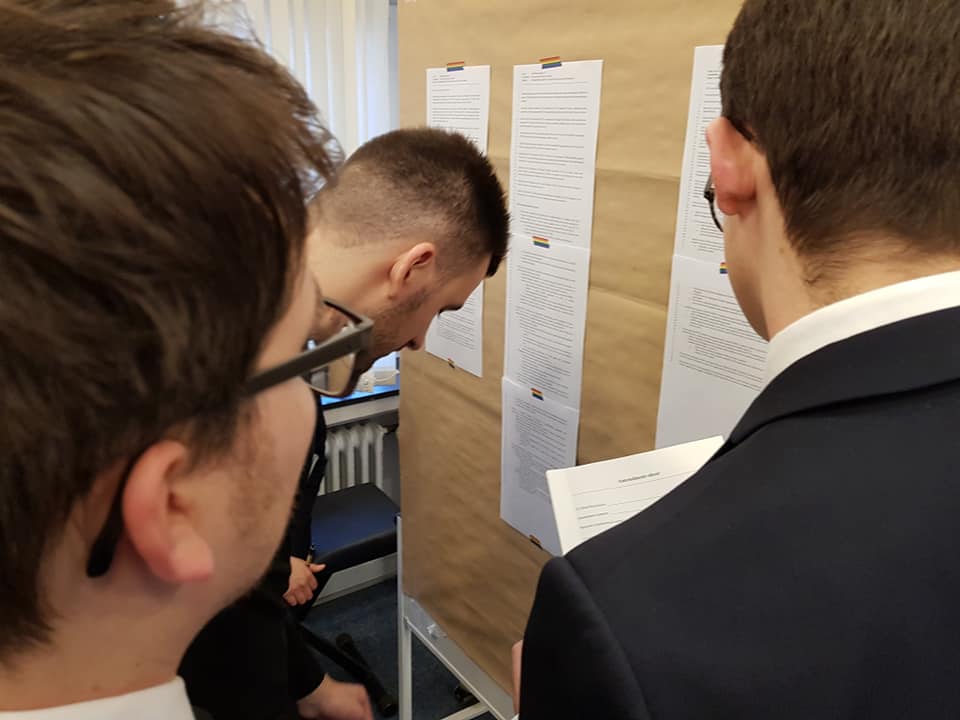 The day was long and everybody was ready to adjourn the meeting to Sunday.

The last day has started, we cleared our rooms and put the luggage in the back of the conference room, and the motivation and determination was at its highest. Every working group finished their working papers and the delegations had the chance to read each one of them. As a result, we had 3 working papers ready to be adopted as draft resolutions. Everything came to an end, we closed the speaker’s list and voted that two of the three resolutions were adopted.

Afterwards, we had some pictures taken and packed our cars for the drive home. It was a long but very productive and educational weekend for all students and we made a lot of new experiences for the upcoming conference in Weimar and especially for our trip to New York.