On the 7th of December 2018 the Model United Nations in Classroom has had its final conference. The Munic Project in general is a Project which is led by Prof. Dr. Andreas Müglich from the Westfalian University of Applied Science, the objective of this Project is to teach pupils the act of decision making and problem solving in a diplomatic way.

There were 47 pupils from 4 Schools present at the final conference, every one of them had to act as a delegate from their respective countries, which were assigned to them by the professor. 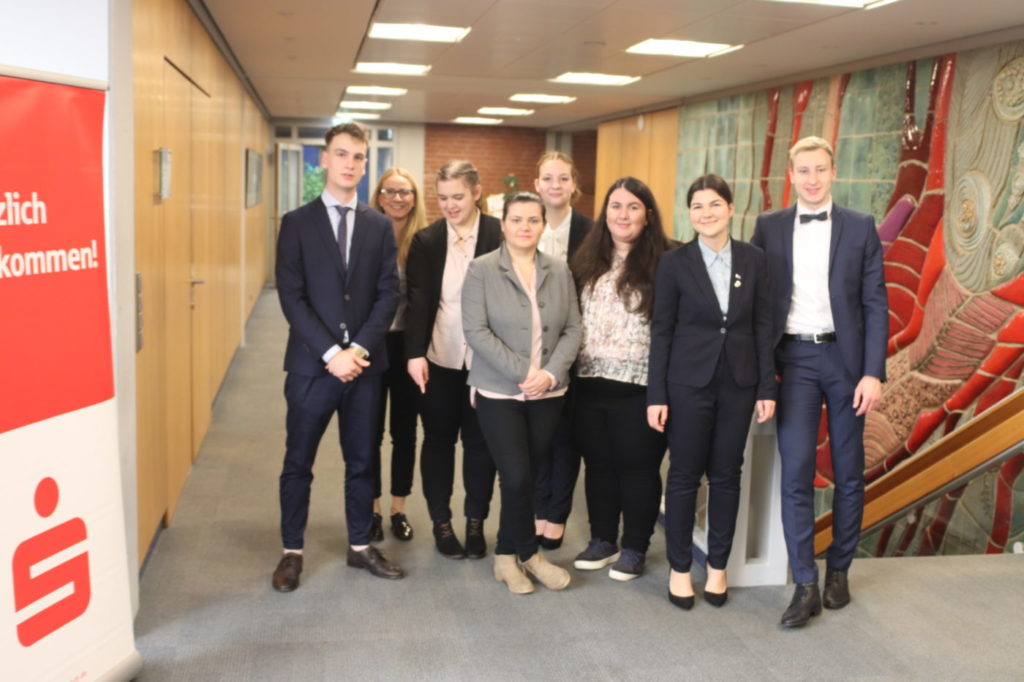 The pupils were supervised by the students of Prof. Müglich, who will participate in NMUN in New York next year in March. They tought them to change their personal opinions and to think and act as a delegate from their respective country. They were thought how to hold speeches in front of a committee, and how to prepare a position paper. Of course English was the working language so they polished their English skills as well, while preparing their speeches and approaching other delegates.

The pupil enjoyed this kind of role play a lot, even when they were unsure and shy about approaching other pupils who did not go to the same school as them. Sooner or later they overcame their anxieties and started to get a feeling about the art of diplomatically discussing problems all over the world. They had lots of fun, doing research about their countries and acting as a delegate from their respective countries. 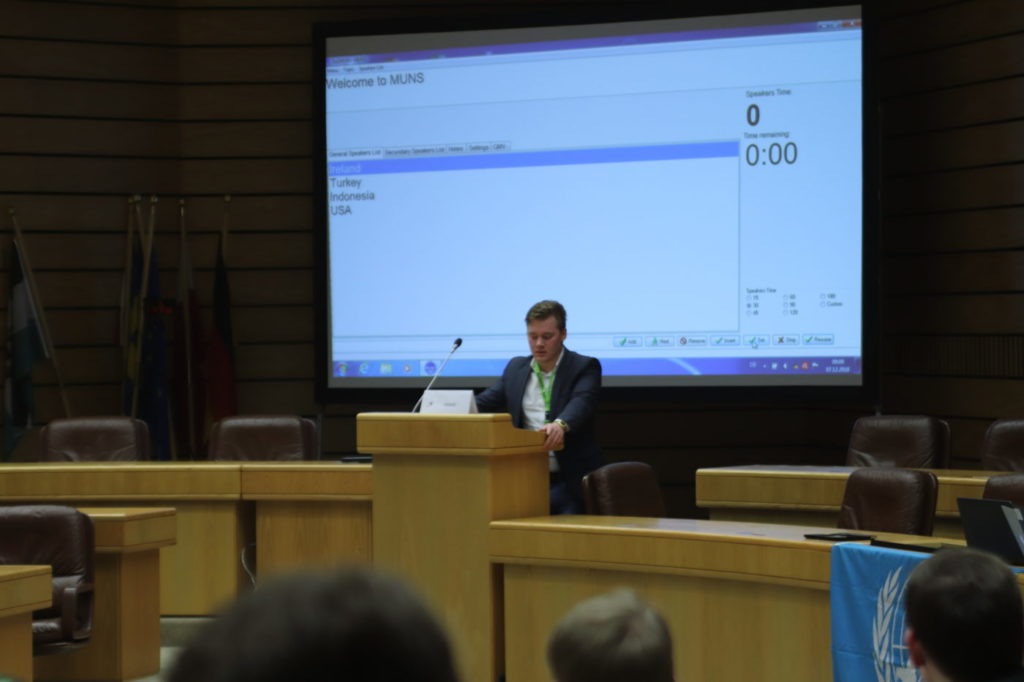 Even so, the final conference took quite a lot of time from 7:00 am to 5:30pm, the pupil did not expect it to be so time-consuming, but at the same time they learned, how sophisticated it is to discuss problems all over the world. The topic the pupil were discussing about, was Child Labor as a problem factor in several countries. They learned that even if they personally are not agreeing with child labor, that it is essential for some countries household’s to let their children work, so they could afford money to buy something to eat.

The teachers which were present during the final conference, also expressed that their pupil actually enjoyed being part of the project, even if the project was voluntarily, some pupil did do a lot of research during their free time, so they could be a better participant in the conference, and it paid off. 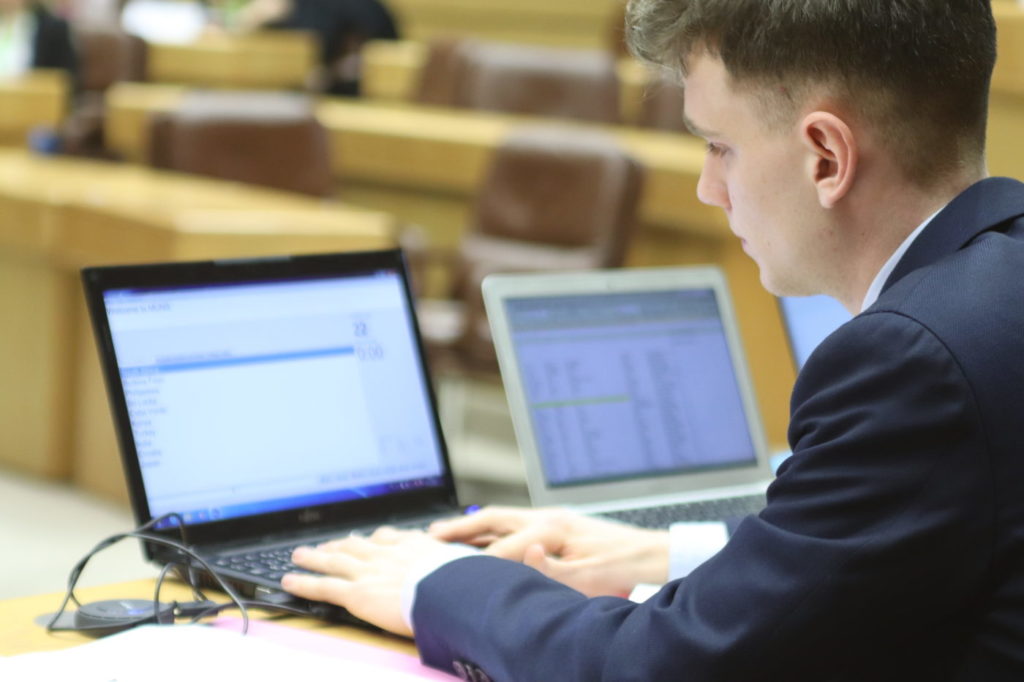